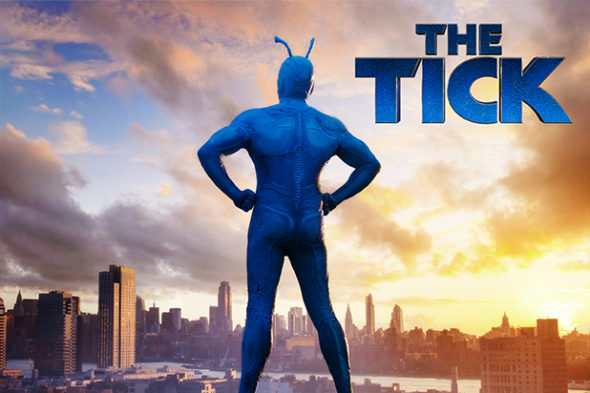 I’m not particularly familiar with The Tick as a character (I have a grand total of two Tick comics (Both of which I got for free)) but my brief experience with the character caused my interest to be piqued when I saw this whilst browsing on Amazon Prime so I decided to watch it. I’m rather glad I did.

Episode 1 sets the stage for the rest of show as such (As it should do). It opens introducing Superian (And yes, he does shares many similarities to Superman (Superhero Originality is more challenging than ever)) as the first superhero in the Age of Superheroes with a montage of his fantastic feats. An interview with Whoopi Goldberg introduces the audience to Arthur (Who is watching said interview), a stereotypical nerd with a thing for conspiracy theorising (He has a big collage and everything). Arthur is certain that The Terror, the show’s main villain (Though with  name like that it is pretty obvious), is not dead and is desperate to prove that he is in fact correct (A lot of people doubt his mental stability, including his own sister, Dorothy). Whilst snooping around a warehouse, spying on some crooks, we are introduced to the Tick in all his light blue glory. After a brief conversation and the arrival of the police, Arthur and The Tick go their separate ways. Arthur’s upsetting past is then revealed during a police interview. His father was rather unceremoniously crushed by the Flag 5 (His personal heroes) ship. To make matters worse, The Terror then eats the rest of his ice cream in front of his face (Kicking a child while he’s down, true villainy). Whilst this is all going on, The Tick is taking on a group of thugs from the gang that Arthur was observing in a rather humorous and entertaining brawl with an explosive finish concluding the battle (The place goes up in flames). The following morning, the pair are reunited with Arthur awaking to see the Tick lying in his bed beside him. After an awkward conversation about destiny and warm bread (Best to watch than for me to explain it) The Tick commands Arthur to accept his destiny and become his sidekick. The episode ends with Arthur trying on his new costume and assuming his destiny: The Moth!

I hadn’t really read many reviews of this episode (for no particular reason) as I fancied making my own mind up first. The main characters are rather brilliant, The Tick in particular adding a great comedic value which I thoroughly enjoyed. The costumes are effective and the special effects look rather good for a television show. The show also has a slightly more adult theme to it which I found enjoyable.

It is in the running to be one of 3 new series that they continue to produce so we shall have to wait and see whether or not it goes ahead (It hopefully will as the Tick has yet to say the word spoon which I find very distressing). If you have any thoughts or questions please leave them in the comments.